The ‘Rogue Winter Fayre’ is an opportunity to visit the work spaces of more than 85 leading contemporary artists. Rogue artists work across media including drawing, painting, printmaking, sculpture, collage, glass, textiles, film, photography, sound art, performance and assemblage, and will be on hand over the weekend to welcome visitors to our magnificent Grade 2 listed buildings. In addition to the Open Studios, Rogue’s brand new Project Space, acclaimed by Time Out Manchester as one of the best art galleries in the city, will host an exhibition of work by studio artists. All are welcome to the opening night party on Friday 2 December from 6-9pm.

I’m delighted to be exhibiting Herr und Frau Schmeida in this show at The Whitaker in Rawtenstall. Sixty Drawings + Ten explores, defines and celebrates the practice and the locality of drawing in its diverse forms. Artists from a range of different disciplines who exhibited in the first exhibition in 2012 in Manchester, will present a new work, alongside other selected artists to celebrate a decade of the project’s development and to exhibit at The Whitaker.

The curatorial theme remains the consistent thread running through all iterations of the project, which continues to pose such key questions as: where can drawing be situated in an artist’s practice? Does it come after, before or during? Is drawing secondary or primary?

Sixty Drawings + Ten is accompanied by a dedicated project website designed by ToBeContent which delivers images, biographies and statements from all participating artists, along with a range of associated material: here.

A film about the exhibition ‘the experience of history’ at Rogue Project Space in Manchester. This show featured work from three major projects undertaken between 2013 and 2019.

A short film about winter compiled from 8mm home movies shot in the USA, Germany and Hungary between 1945 and 1975. With thanks to all the original filmmakers, wherever they are.

For more information on the Otto Schmeida paintings see under ‘Projects’.

Here’s a glimpse of what we’ve been missing..

Here’s wishing everyone a restful and healing holiday and a happier 2021!

the experience of history has been extended until February 24th

the experience of history is an exhibition of paintings, films and objects based on and incorporating amateur snapshots acquired from flea markets in Europe during the past 10 years.

Most of the photographs were taken between 1930 and 1945, and provide a glimpse of a momentous period in modern history, as recorded by citizen photographers.

The exhibition features four linked projects. ‘Poland 1940-1941’ is based on an album of photographs probably taken by a German civil administrator posted to Sosnowiec in southern Poland in June 1940. ‘The Berlin Olympic Village Project’ features paintings based on amateur snapshots of the Olympic Village during the Games in 1936, together with paintings and films that depict the Village as it appeared in 2016. ‘Karel/Karl’ includes paintings based on photographs from a box of personal effects that belonged to an ethnic German carpenter from Czechoslovakia, together with assemblages that combine furniture and suitcases with documents from the box. ‘Ruth Finger’ is based on a small wallet of personal photographs taken in Germany during the 1940s.

Timed to coincide with the 80th anniversary of the start of the Second World War and at a turning point in British history, the exhibition shows how previously tolerant populations can be persuaded to identify with extremist ideologies through a process of indoctrination, scapegoating and pageantry.

In September 2015, myself and artists Margaret Cahill, Wolf Bertram Becker and Peter Lewis, were invited to visit the site of the 1936 Berlin Olympic Village by its current owner, DKB Stiftung für Gesellschaftliches Engagement Berlin, and Palis Advisory GmbH Berlin, who initiated and organised the project.

We have spent the past year producing work in response to the site, and Berlin 1936 is the first UK exhibition of the Project.

The first showing of the work took place in Berlin at DKB Deutsche Kreditbank’s headquarters during July and August 2016 and was transferred to the Gymnasium at the Village itself for Germany’s ‘Day of the Open Monument’ in September 2016. 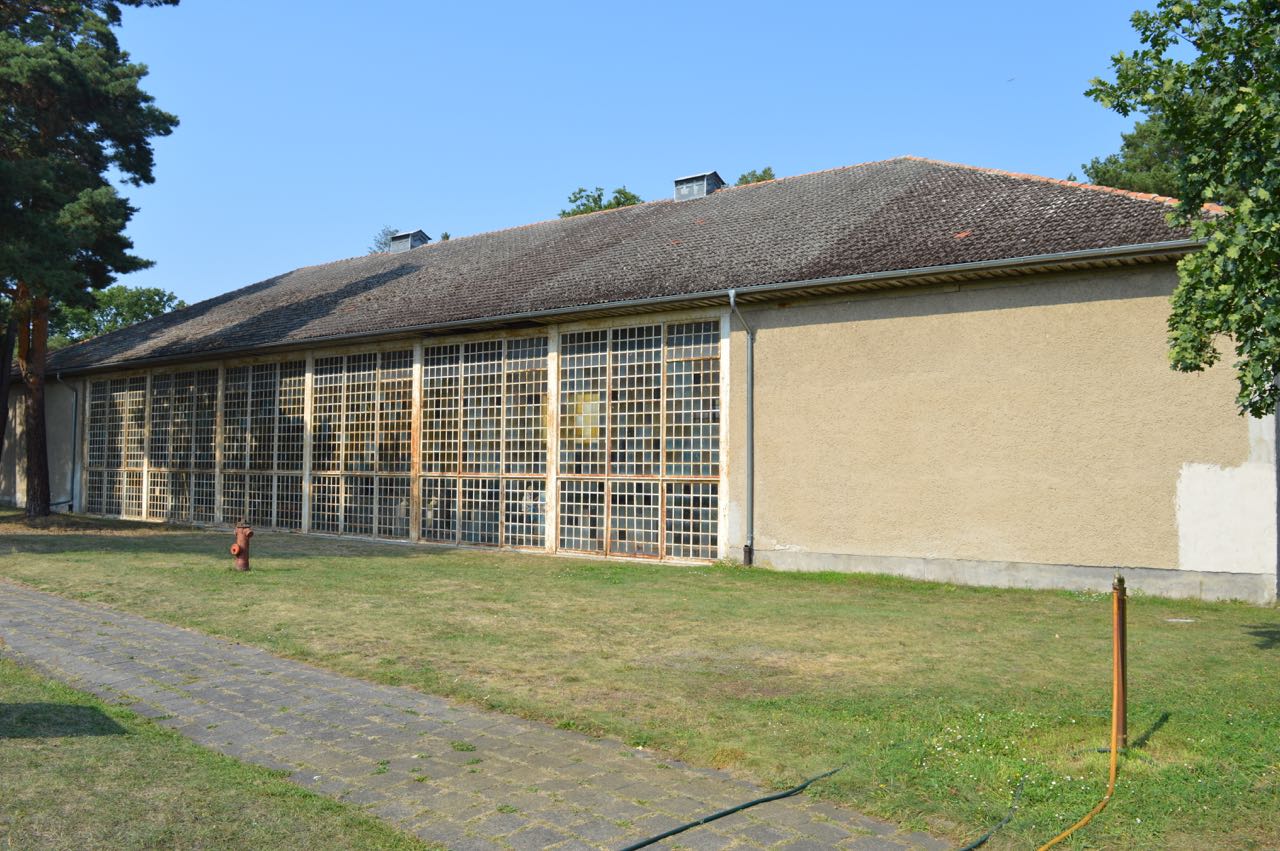 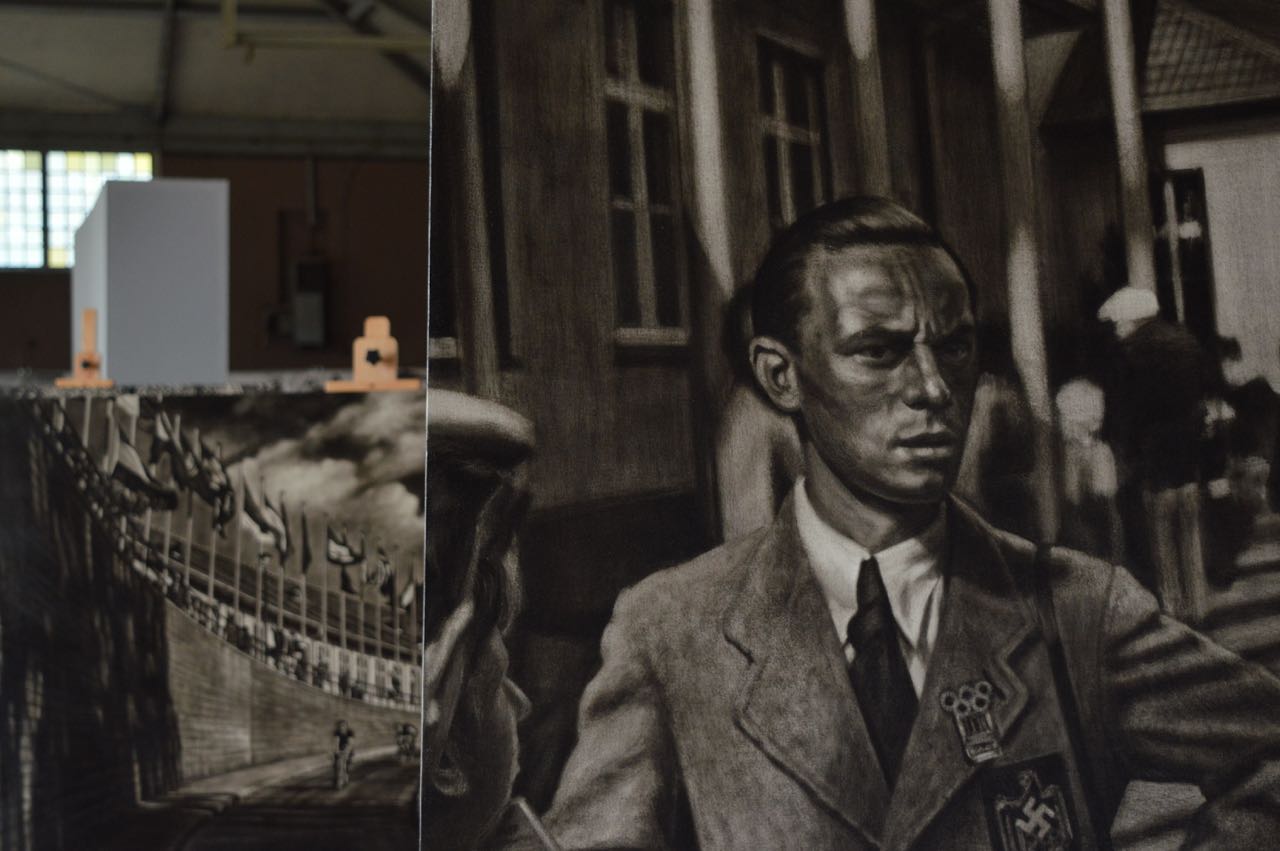 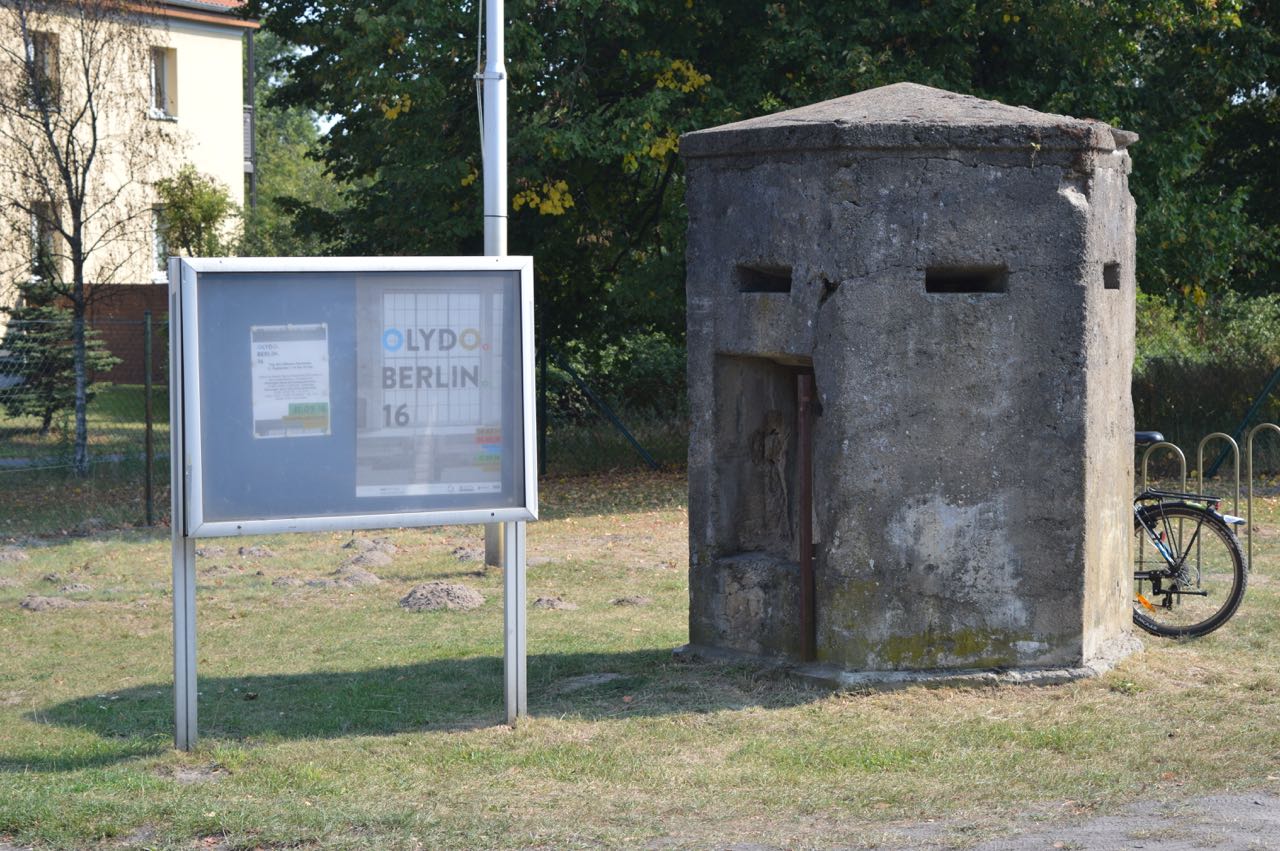 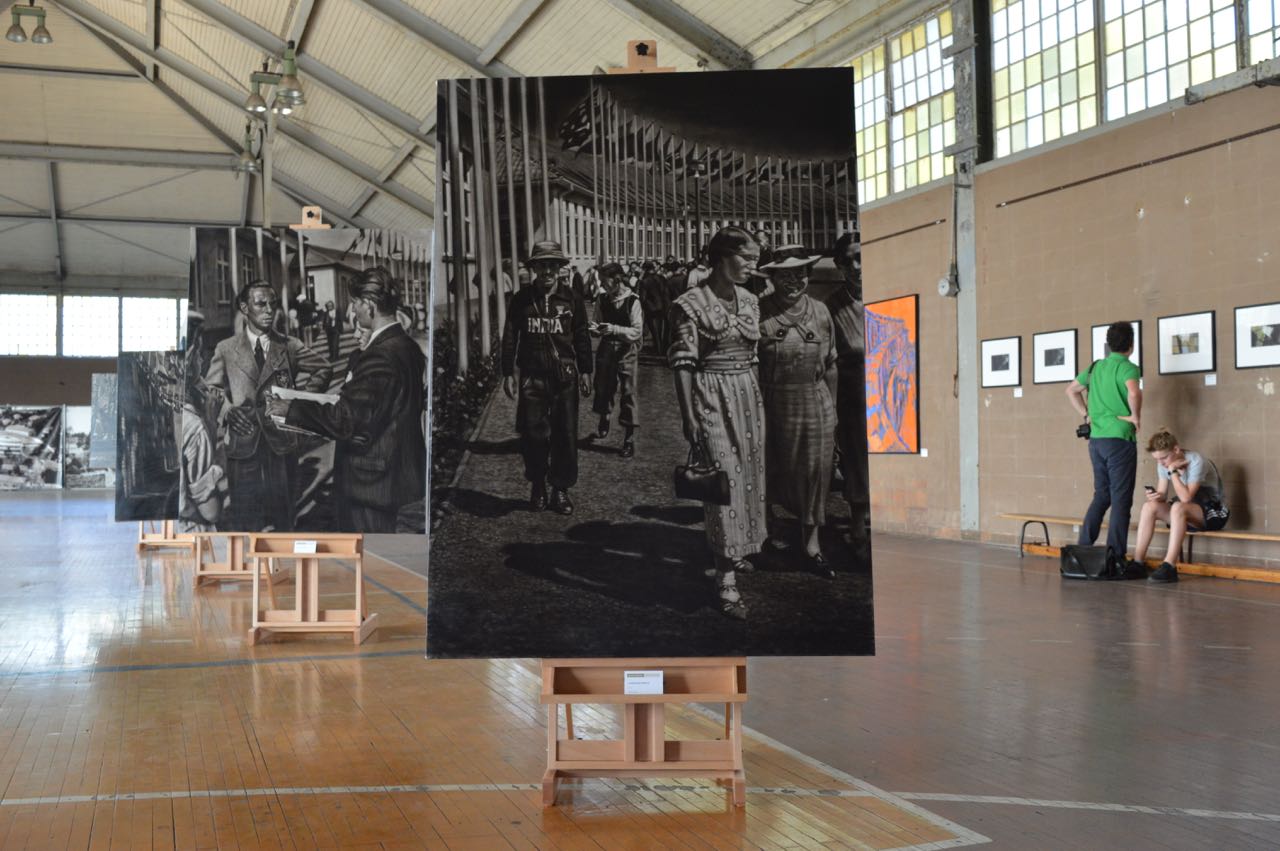